The Singapore Toy, Game & Comic Convention was held over the 20-21 August 2011 weekend at Suntec and with an aim to be the ultimate pop culture experience, POPCulture Online was down to see if they really lived up to expectations.

From as early as April, the dates for this year’s STGCC were announced followed by content being added to the STGCC website and on their facebook page. With last year’s disappointment still fresh in everyone’s minds, many were skeptical as could be seen on the various online social media like facebook, twitter and forums at the initial announcements from the STGCC 2011 team. 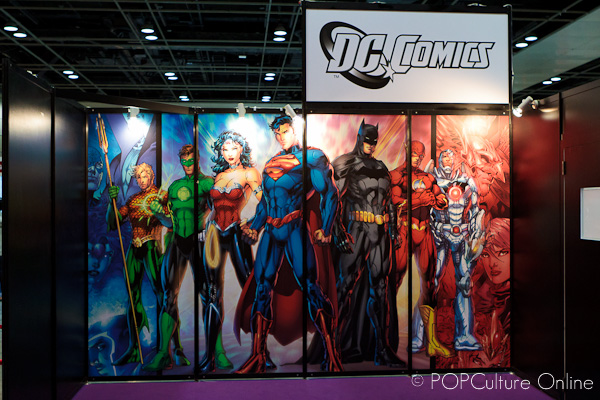 But as the event dates drew closer and with more highlights and guests announced, negative feelings started turning into genuine interest as positive hype started to be generated. From adding in DC Comics this year with Paul Levitz coming to town to even having one of Japan’s top cosplayer, Kipi plus Jacky Dosai from COSMODE grace the event, everyone was definitely getting excited. 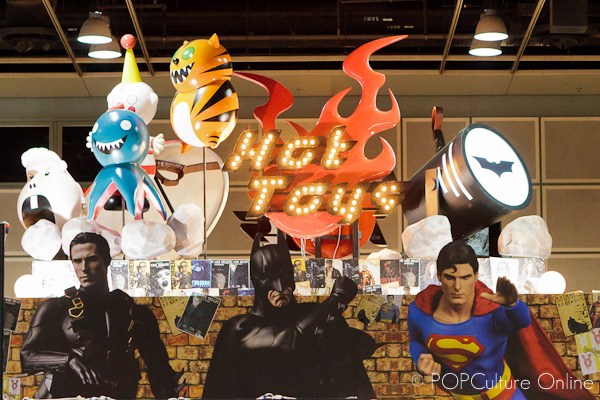 Perhaps the final icing on the cake for all the hype generated was the announcement that Hot Toys will have a booth at STGCC this year and fans will get to see not only current figures but also previews to what is to come as what overseas fans got to see at the recent Ani-com. Add in the exclusive 500 pieces each of Batman, Ironman and Predator to ticket holders, some have commented that this alone is enough reason for fans to get their tickets early.

If there were any fears that this year’s Singapore Toy, Games & Comic Convention was going to suffer from the over hyped syndrome many other events suffer from, the long queue at 6.30am (which is the time Suntec opens) for the Hot Toys exclusive would have erased most of it. As the editors of POPCulture Online who were in queue said “Even though we reached there at 6.30am, we were already number 540&541 in the queue.” Reports say that the queue grew so long so overwhelming that it snaked around the whole of level 3 to the other side.

And of course it didn’t help that there were also limited number of goodies for the early birds to catch at the event like the Captain America #1 Variant or even Andrew Bell’s limited edition O-No Sashimi.

Another highlight of this year’s STGCC was it’s many stage events which closely resembled it’s western convention relatives held in the US. From special screening of Disney’s Phineas and Ferb : The Movie to our own locally directed animated short story: Godaizer at the start of each respective days, there was always a reason to head down to the event early. 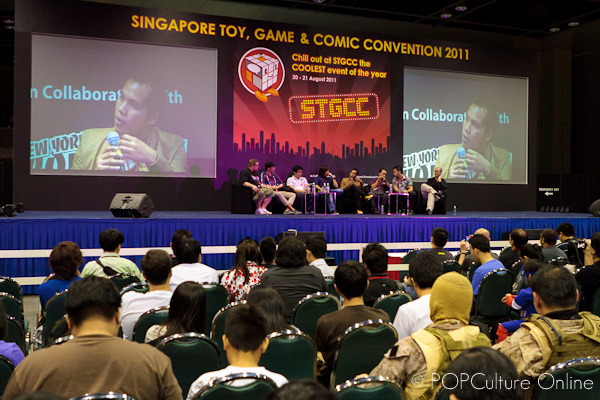 Not forgetting also the many guest segments held on stage throughout the day like Tokidoki’s Simone Legno with an impressive resume including the Mercedes Benz fashion show, one of Japan’s top artist Kishida Mel whose works include the Altelier series, Hanasaku Iroha and Kami sama no memo chou who shared about his inspiration when drawing characters plus a live dubbing session by one of Japans top Seiyuu Itou Shizuka which definitely trilled many fans from all the cheers that could be heard in the exhibition hall.

Comic fans were not disappointed either as many comic con style panels that included the highly anticipated MARVEL: Your Universe Panel where many questions such as what was each guest least favorite character to draw / write about.

Storm has to be the hardest character I’ve had to draw because there are so many aspects to her, she’s a queen, she’s been a thief and she’s a Goddess.

The Ultimate X-Men version of Phoenix for me. She’s almost nude so you really need to draw good anatomy. I find ladies are the hardest figures to draw because you have to make them look attrative yet distinquish their features so they look distinctive.

And for the DC Fans, Paul Levitz was on stage to talk about the business with comics and also the many famous names he has had a hand in sculpting. 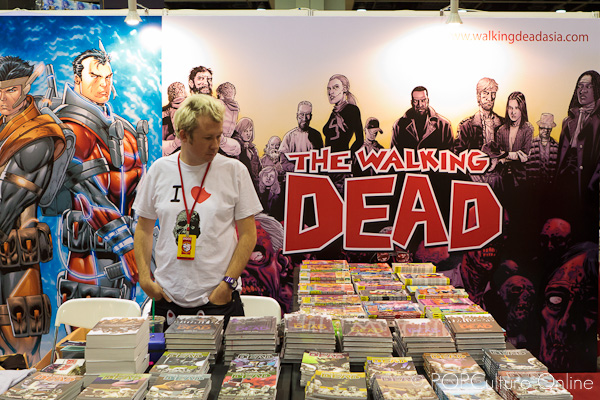 Visitors looking to do some shopping at the event were not disappointed too with the range of toys and comics that were on sale. From the gundam model kit that was always on your mind to the latest upgrade for your 4WD Tamiya car, there was no shortage of shopping opportunities for everyone. Plus with the Walk of Fame segment where you get to meet the huge list of guest, one could easier have gotten your newly purchased toy or comic book signed as well making the whole experience one to remember. 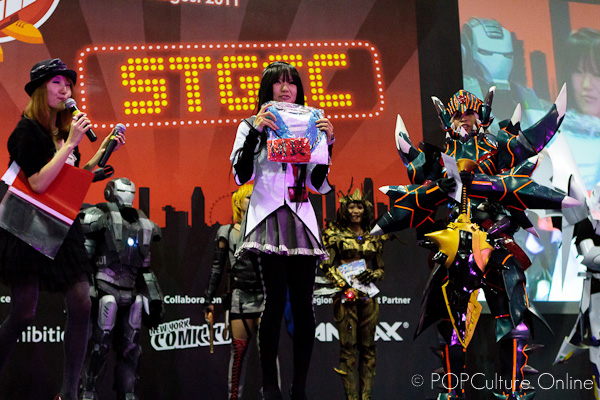 Rounding the event off was the cosplay competition which sees 8 contestants from different countries in the region compete for top prizes. And in a truly east meets west event where fans of both popular culture meet, you see Jacky Dosai from COSMODE, one of Japan’s leading cosplay magazine award the Jacky prize to Kawaimace who cosplayed as Sara Pezzini from the American series Witchblade. Talk about East meets West!

But no event is perfect and definitely there will be complains like how STGCC should have stuck with just western popular culture content or why didn’t the team behind STGCC bring in more eastern content. Also included in the list are who and which companies should be brought in or even an interesting one on how there was a lack of cosplayers / costumers inside the hall. 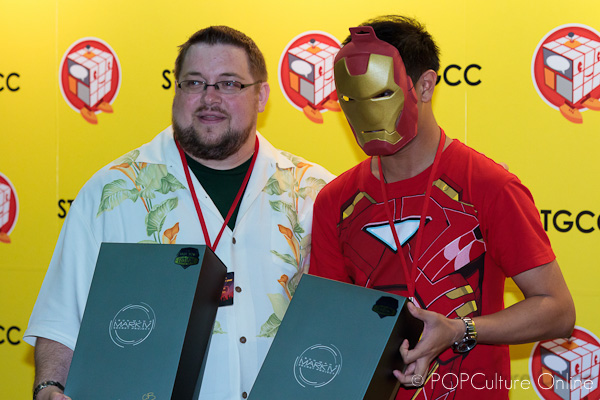 While some complains & suggestions are reasonable, we all need to remember that this is only the second year since ReedPOP  had a hand in STGCC if memory serves correct. Looking at the overall setting, this year’s STGCC while could improve in some areas, is still an improvement over last year. Sure the event space feels smaller and some of the stage highlight seems foreign as to what we are all used to. But do remember also not to compare too much with other local events as this, as it’s name says is more of a convention with more of a western influence. After all, while we might roll eyes are some the things here in the east, these might also be acceptable over in the west.

Read all about popular culture at my online magazine POPCulture Online